Creating a Collaborative Editor with Draftjs for Fun

Draft.Js is a popular rich text editor intended to be used with React. Unsurprisingly, it is also created by Facebook. 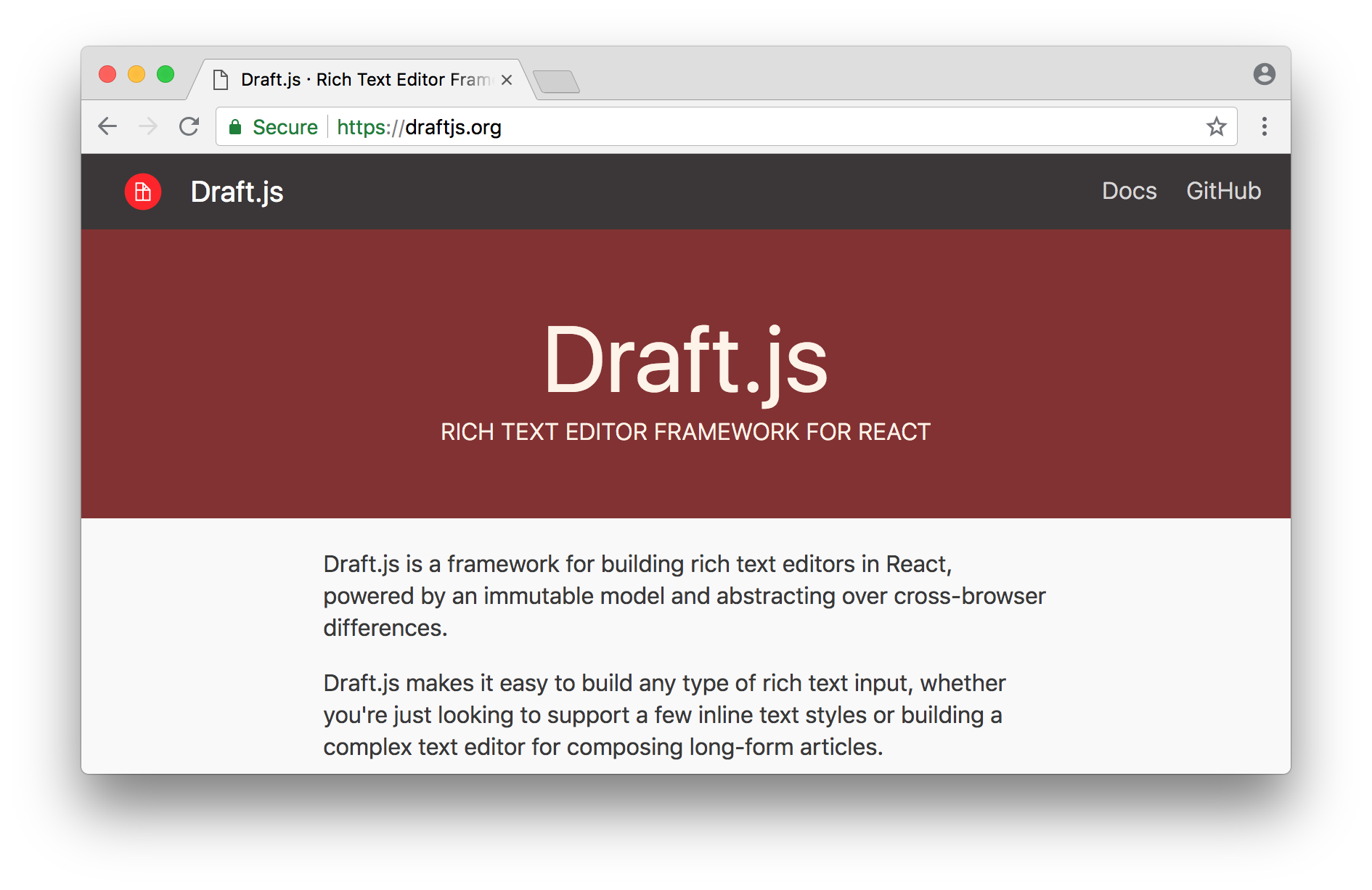 DraftJs depends on immutable state management. This has a number of advantages. For example, since editorState is immutable, we can cheaply check whether a component should update:

However immutability does not come without performance penalties. Immutability also contributes to code complexity - some things are not as easy as they should be in Draft.Js. For example, this is the code needed to insert an empty block into the editor.

Here's my first attempt (and here's the source). Note: a cookie is used, so in order for the server to detect two distinct users you'll need to open a new window in incognito or on a separate computer/browser. 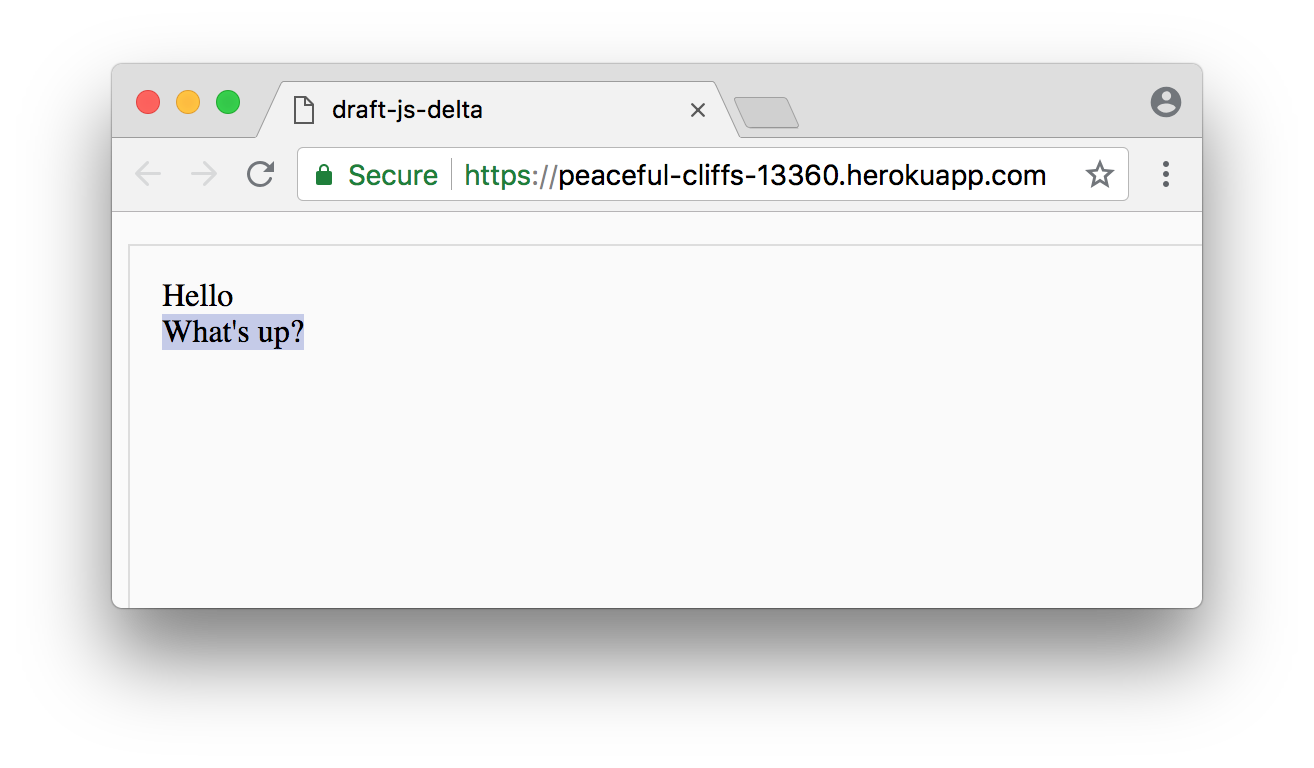 The Strategy: WebSockets and Diff/Patch

Here are a few (probably obvious) observations about how this problem of collaborative editing can be tackled in DraftJs.

From the outset, we know that in order to make Draft.Js collaborative we'll need to use Web Sockets. This isn't 2006, the user shouldn't need to refresh the page to see edits.

Since our updates to editorState will be broadcasted over web sockets, we also know that we will need to frequently serialize and deserialize editorState. I'm talking about convertToRaw and convertFromRaw.

The client is only privy to its current editorState and whatever is broadcasted from the server via WebSocket.

Hence, in this scenario the server is the "source of truth." I suppose this wouldn't differ from the conventional situation where raw editorState is stored in a database. But I think the difference is that the flow of information is bidirectional: the client updates server state and vice-versa.

So far we have:

In response to an emission from the client, the server does three things:

This sounds kind of rough but it's not bad at all with some the help of some third-party libraries. I used jsondiffpatch to get the deltas between states. This can be as simple as:

The delta can then be used to patch the server state:

Hence, we are leaning heavily on jsondiffpatch to do the heavy lifting.

Now let's look at the client side.

In part two, we'll discuss selection state bookkeeping in collaborative editing. For example, we want to attribute another user's edits to a document to that user rather than the current, editing user.